Are you willing to fight for someone you don't know? 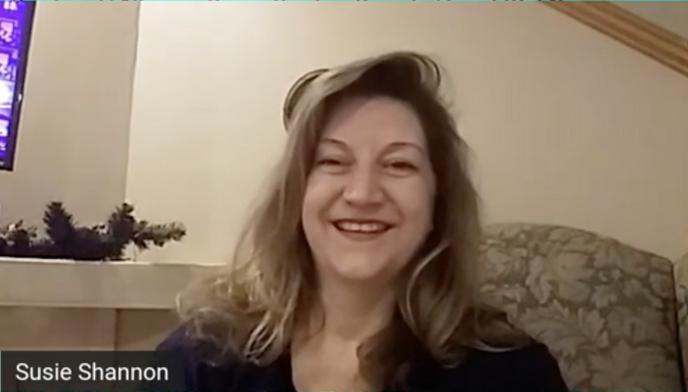 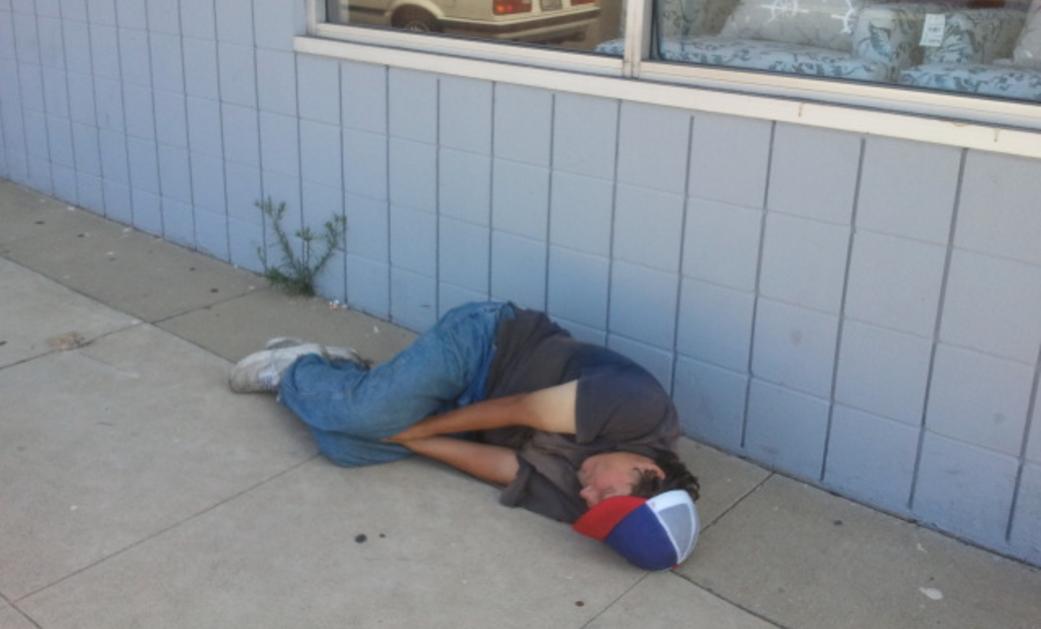 On Friday January 29, 2021, I went to the Skid Row area of Los Angeles to meet L.A. Council Member Kevin de Leon and Judge Carter, who were in the process of commandeering government owned parking lots to be used for the purpose of creating a warm and dry space for our unhoused community during a torrential rain storm

It was storming when I arrived at the parking lot located at 5th and San Pedro, immediately adjacent to the Downtown Women's Center (DWC), a non-profit whose mission it is to care for unhoused women in Los Angeles. I observed several people just outside the parking lot, predominantly people of color, shivering out in the storm in wet clothes without hats, coats, umbrellas, boots, plastic raincoats or tents, or any means of staying warm or obtaining shelter during the storm.  As someone who has worked with our unhoused community since 2005 and served as a Los Angeles Health Commissioner since 2015, I was aware of the dangers of hypothermia (loss of body heat) and the statistics in 2019 from the L.A. Coroner’s Office which showed that the death rate in Los Angeles for the previous three years due to inclement weather causing hypothermia had exceeded those in many colder regions, including New York.

The parking lot was completely fenced in with a heavy metal gate that opened into the lot and the entrance to the Downtown Women's Center. A group of small canopies dotted the center and far end of the parking lot, which I was told were used for COVID 19 testing.

I spotted Council Member Kevin de Leon speaking with the Downtown Women's Center Director Amy Turk at the DWC entrance. I walked up to greet everyone and Amy was visibly upset and clearly unhappy that the City owned parking lot they were currently using for their staff and Board was now being commandeered to help the women who were homeless, wet and cold outside their facility. We were told a member of the board was on the way.

General Geoff and Pete White, organizers from local organizations, and Dan, an activist, were waiting under the center area canopies and I walked over to greet them along with Judge Carter and special master Michele Martinez. I also met Pastor Don.  A few minutes later, I was standing with Council Member Kevin de Leon when we were approached by Elizabeth Faraut, the Downtown Women's Center Board President.  She made it clear that the DWC wanted to know the plan for bringing unhoused women onto the property and made it clear they were not happy with this last minute takeover of the parking lot. Council Member de Leon explained the urgency of the situation and the need for the City to provide this service for our unhoused community in the midst of a rain storm.  He explained that, without cooperation, the court could, at any point, place an injunction on the City and seize the property for the benefit of the unhoused community.   At some point I commented that using the parking lot to provide this service should be in line with the mission of the Downtown Women's Center. Apparently, that was not the case.

At one point I walked a few blocks away to meet Melvin, an unhoused man I was helping on Skid Row.  On my way to meet him, I spoke with several women who were huddled in doorways, many wearing short-sleeved shirts with no outer wear to protect them from the cold rain. As the parking lot was going to exclusively service women, I mentioned to each that a warming center was being set up at 5th and San Pedro and they should stop in if they needed a place to get warm and dry or sleep for the night.

In the meantime, Judge Carter and special master Michele Martinez went out to speak with unhoused women on San Pedro Street just outside and in near proximity to the Downtown Women's Center.  They came across a couple of elderly women suffering from hypothermia and made arrangements to move them to non-congregate, individual shelter.

In the ensuing hours, the Downtown Women's Center would contact the Mayor's office, the City Attorney's office and their own legal counsel as a means of pushing back from the emergency center.  Kirkpatrick, Mayor Garcetti's representative, was present but stayed huddled at the entrance of the Downtown Women's Center with its staff. I was not aware of any help offered to help set up the warming center from any of these government entities or the Downtown Women's Center.  There seemed to be more jockeying for position and control than a willingness to help the unhoused community in the area.  Although de Leon's staff, spearheaded by Sarah Flaherty, had estimated that the parking lot could accomodate 60 people socially-distanced, the DWC staff seemed adamant that they wanted to limit the number to approximately 20 women and that they be given complete control over which women were serviced in the parking lot. It reminded me of the limited number of people who were allowed access to the lifeboats on the Titanic which rowed away from the ship half full while many were left to die in freezing cold temperatures.

Various organizations began to show up with provisions.  The Salvation Army brought tents and disaster blankets, Volunteers of America brought provisions, Andy Bales from Union Rescue Mission brought small. portable tents, Urban Alchemy offered support all while Council Member de Leon's staff were making arrangements for portable toilets, showers and heaters.  At one point, Council Member de Leon and I left to purchase several dozen thick warm blankets from a local retailer.  This was a coming together of the community.

As a large party tent, which could accommodate several smaller tents, was being erected in the parking lot, Council Member de Leon received word that 120 units, 60 through Project Room Key and 60 through the Weingart, were available. In light of the availability of the units and the push back from Downtown Women's Center, there was an agreement that the units be used immediately and that the parking lot would continue to be staged as a nighttime warming center but not be used for the weekend until more details could be sorted out with DWC. LAHSA was designated to move people into the units and there was an agreement that those who received the temporary housing would come from the Skid Row area near the Downtown Women's Center.  When Council Member de Leon and I left the property, our understanding was that LAHSA would be arriving soon to move people into the 120 units.  I had my reservations that things would move smoothly as presented to us by LAHSA, but trusted the process.

As it turned out, the units were not available, with LAHSA stating the Project Room Key sites could not provide intake that night and the Weingart presenting several hurdles, including a waiver that was needed from the County Health Department. Council Member de Leon was able to secure the County waiver but it became clear that none of the 120 units would be available that night, as promised, and all of the women who were waiting to be moved into temporary housing would be left to sleep on the cold, wet streets of Skid Row.

By the time Council Member de Leon and I arrived back at the Downtown Women's Center early that evening, Judge Carter, Michele Martinez, General Geoff, Pastor Don, de Leon's staffers Eden and Adriana and Dan, an activist, were waiting for us outside the gates of the Downtown Women's Center along with about 8 women who were waiting to be moved into the hotel rooms. They explained they had been forced to leave the parking lot of the Downtown Women's Center when the staff left for the day.  It was Friday night and all of us were deflated.  After 16 hours making preparations to help people come in from the cold, we were back to square one.  Judge Carter and Michele Martinez had promised about eight women they would be sleeping in hotel rooms that night, but it was clear that nothing would be available for them (or the other women who could have been helped with the 120 units) from LAHSA, the Mayor's office, the City Attorney's office, the Downtown Women's Center or any agency tasked with providing help for the unhoused.  Judge Carter, Michele Martinez and Council Member de Leon made one last appeal to the DWC to open up the warming center, but we were ultimately left with more excuses and stonewalling.

In the end, Council Member de Leon and Pastor Don agreed to split the cost of hotel rooms for the 8 women who were waiting for temporary housing outside the gates of the Downtown Women's Center.  At this point, I realized that no help would be coming from the Downtown Women's Center for the women on the street and asked security to let me into the parking lot so that I could retrieve the blankets my organization had bought earlier in the day.  Several of us helped to hand them out to people on Skid Row to keep them warm.

Council Member de Leon's staff, Eden and Adriana, made arrangements to put the unhoused women up at a nearby hotel and we walked and shuttled them over. It took about 45 minutes to an hour to get everyone checked in to the hotel. The total cost was approximately $1,200, split between de Leon and Pastor Don.  We walked back to our cars at about 10 pm, unclear when or if the units would ever be available but with a clear understanding that there was no emergency process in the City of Los Angeles for helping the unhoused community. Once again, help would be left to caring individuals and advocates while the agencies and non-profits tasked with helping the unhoused stood on the sidelines, or worse, threw barriers in the way of providing help and keeping people safe.

Statement of Commissioner Susie Shannon
Regarding Events on Skid Row